The Importance of Backup

June 9, 2016:  A very important aspect of website maintenance is backing everything up – in multiple places.  There have been several occurrences where I’ve heard horror stories of people losing treasured photos, iTunes libraries, and more scary than either of those, their entire website!

Backing up is hugely important in all aspects of today’s world of technology.  And it’s been said that if your data is not backed up in at least two different places, it’s not backed up at all.  This applies greatly to websites.

There are several reasons for backing up your website.  First and probably foremost, if there is some sort of server failure, you’ll need your site files and databases easily available so you could restore the site to its latest backup.  Another reason is for updating purposes.  Personally, I’ve seen aspects of a website that need to be updated.  Once I complete the update, that part of the site doesn’t function properly anymore.  And while I’m not suggesting to simply roll back to the previous version of the application you’re having trouble with, it’s very reassuring to know that you have that previous version if all else fails. 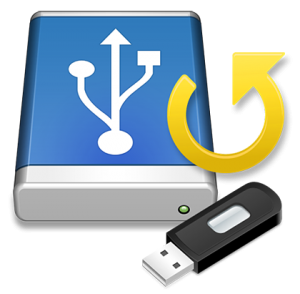 Like I mentioned previously, in today’s age of technology, everything should be backed up.  It’s great that you can easily take a picture with your handy mobile device, but what if you drop that device and it breaks.  Sure, you can get another one.  But if you’re not backing up to the cloud (which many people simply don’t understand), or onto another external hard drive or device, those pictures are lost forever.  The same applies to music.  Just the other day, I saw a post of Facebook about someone who lost all of their iTunes music because their computer died.  She was able to redownload all music bought from iTunes, but all the CDs that she spent hours, if not days, importing, were gone. And that was 75% of her library.  If she was lucky enough to still have all the CDs, she could start over and spend days on re-importing everything.  But if the CDs are gone, so is all that music.

Personally, when I import a CD into iTunes, I take the extra 5 minutes to back up all of the newly imported files onto two separate external backup drives.  And since I started that practice, I’ve switched computers several times.  When I fire up the new computer, I simply plug in my external drive, and dump the files right onto the new computer.  I felt so bad for my unfortunate Facebook friend, but didn’t have the heart to “scold” her on the importance of backing up.

But back to website backups, it’s extremely important, and something that DigitalEffex offers as part of our monthly maintenance and monitoring package.

You can never be too safe.